Voicegain has partnered with OrecX and is using the OrecX Avaya SIPREC solution to get access to the live audio stream that is fed to the real-time Transcription (and optionally to real-time Speech Analytics).

This solution allows enterprises with Avaya Aura or IP Office to stream calls via RTP where SIP trunk services are used – calls are streamed via SIP messaging sent by the Avaya SBC. The SBC delivers audio sessions to OrecX, and TSAPI metadata is provided via SIP messaging (basic metadata as part of SIPREC) and via CTI (additional metadata).

Below is the simplest setup just the SIPREC - all metadata that gets received comes from SIPREC. 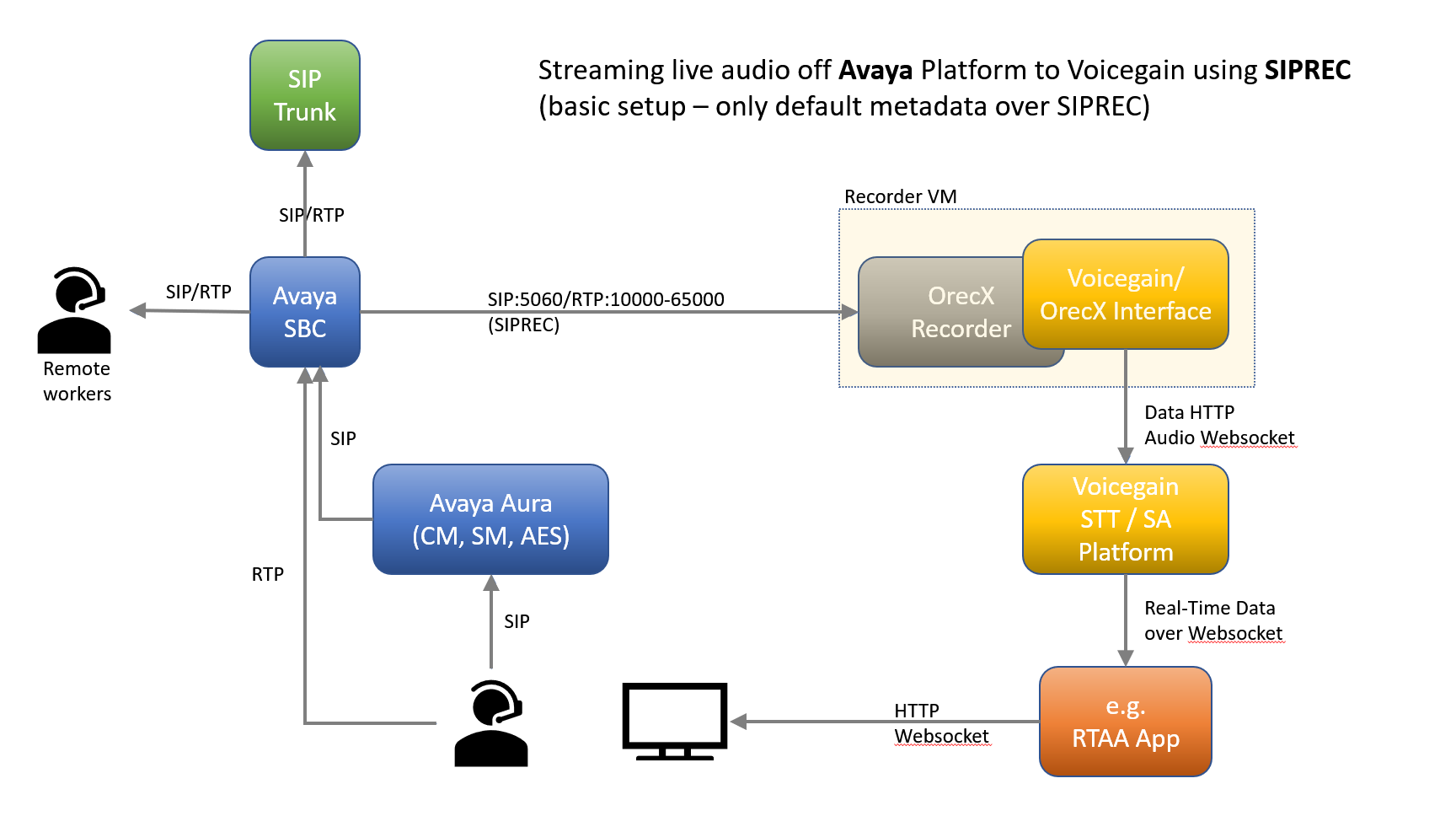 The default call metadata available with just SIPREC is listed below:

To obtain additional metadata additional CTI component is required as illustrated below: 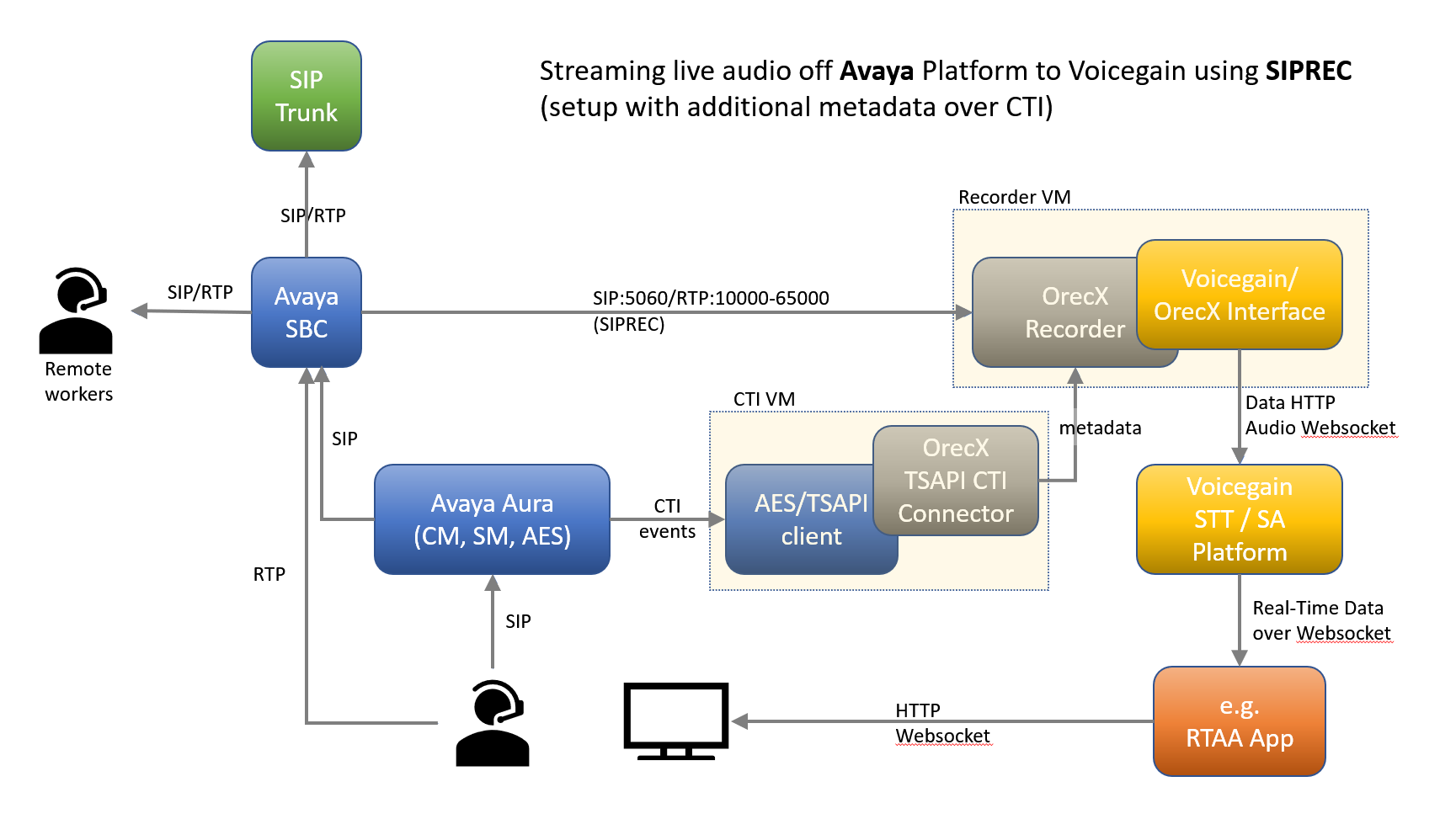 Configuration of both the OrecX TR server and the OrecX CTI Connector will be performed by Voicegain.

The Recorder VM will be sized according to the expected number of concurrent sessions and will be setup with:

Because our main goal is to get the live audio stream, the OrecX recording will be setup with a short retention period - the recordings serve mainly for debugging any issues and also as a short-term backup to allow reprocessing of any calls if needed.

Optionally, the smaller CTI VM will be configured:

Required versions: SBC should be 7.0+, as for CM/SM/AES, all versions from the last 10 years are suported.

For the details of configuring the Avaya please refer to the following OrecX and Avaya documents: