What is a Language Model?

These Language Models can be thought as an overlay over the large vocabulary language model in the recognizer, used to modify the recognition result.

When to use a Language Model

Language Model is in particular useful for  scenarios where a lot of transcription from the common domain needs to be performed. For example, suppose that one wants to use Voicegain Recognizer to transcribe Chemistry lectures. Out of the box the recognizer may make mistakes on the chemistry specific phrases and jargon. One could use hints to fix some mistakes, but a more powerful mechanism to improve recognition is to use a Language Model constructed specifically for the chemistry domain.

How to build a Language Model

Currently, a Language Model can be built from multiple so-called corpus files, each corpus file containing a large section of text. Note that while the number of hints is limited to 50 per request, a Language must contain at least 100 words for it to be built (this number is going to increase).

In the above scenario of transcribing Chemistry lectures, a good method of obtaining the corpus for the model would be to find transcripts of the Chemistry lectures from prior years. One could also add a text of a chemistry textbook, etc.

The corpus text that is being uploaded needs to be in UTF-8 encoding.

Here is a command that can be used to check if file is UTF-8:

If it returns 0 then then text file is in UTF-8.

Apart from building a Language Model from Corpus files, we will soon be adding ability to build them from a list of phrases, each phrase potentially having multiple class placeholders. Below is an example of some phrases that will be possible.

The relevant API are documented on our Web Console: Voicegain Cloud Portal. You need to be logged in to see details.

You can create a new Language Model using: POST /model/lang

Finally you can build the model to make it ready to use using PUT /model/lang/{uuid}?build=true

Language Models are created using the Add button. Initially the model is empty and you have to click Edit to open a window where you can add or remove corpus files. After those changes the model status will be Modified. You need to click Build to build the model and make it ready for use (status will change to Ready when build is complete).

Generally Language Models will be used for multiple transcriptions from the same domain. It is convenient to set the Language Model that you want to use as a default model on the Context from which you take the JWT for the requests. This is easily done in ASR Settings. 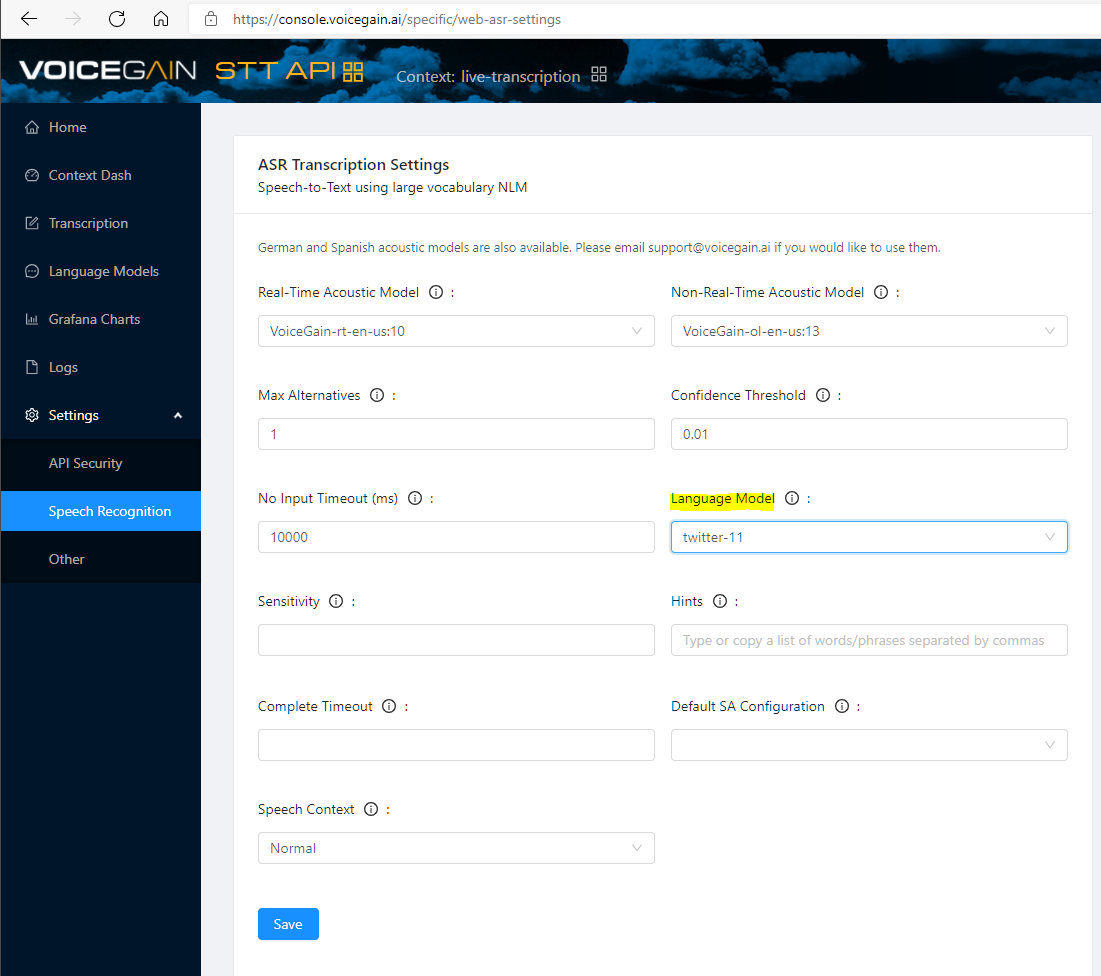 If you have set the Language Model on the Context then it will automatically be used when you use the Context's JWT in your API requests.

Using Language Models from the Web Console is very easy, you just need to select one in the file upload dialog. 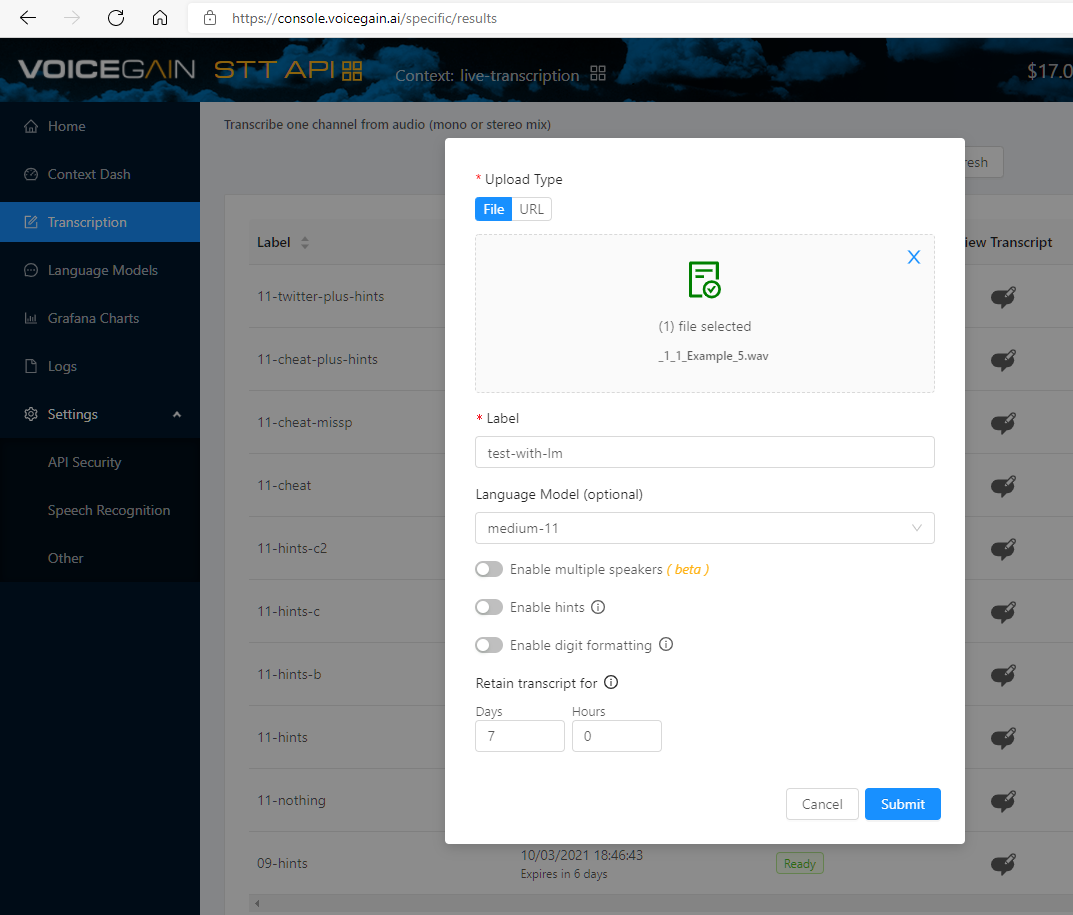 In addition to the ability to build Language Models from from a list of phrases, soon we will be adding two smaller features to make Language Models more useful in practical applications: