The key things that make Telephony Bot Callback API (also occasionally referred in the documentation as RTC API, where RTC stands for Real-Time Communications) different from a normal Web API for Speech-to-Text are: 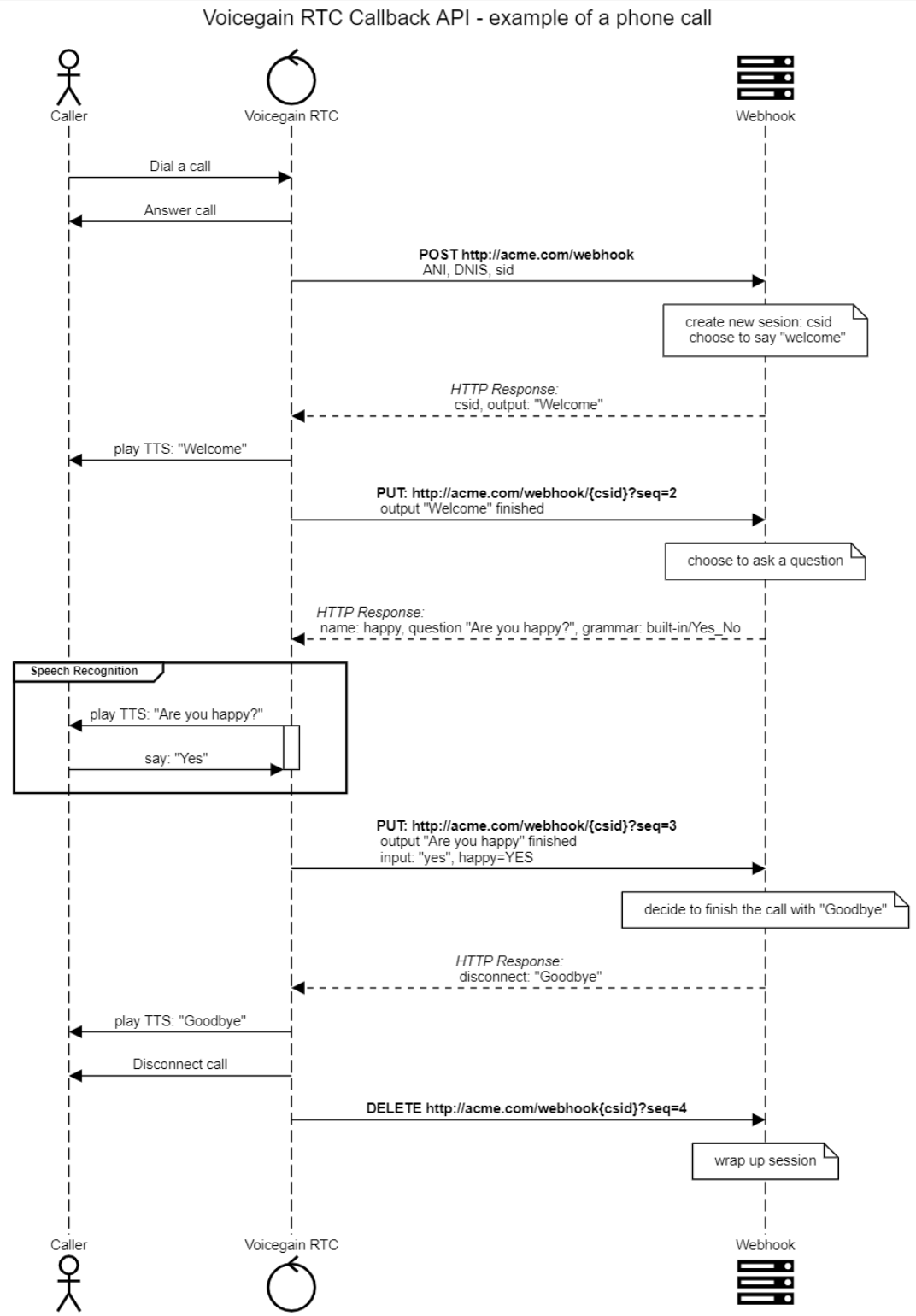 Notes about the diagram: