You can see your currently defined Telephony Bot Applications under the Phone Apps menu (left side). Note that each Voicegain Context can have its own set of Phone Apps. The reason Telephony Bot Apps belong to a Context is because apps from the same context share the same Speech Recognition and Security settings. This way you can separate your dev, test, and prod Aps for example.

New applications can be added using the New App button. You will see the following dialog: 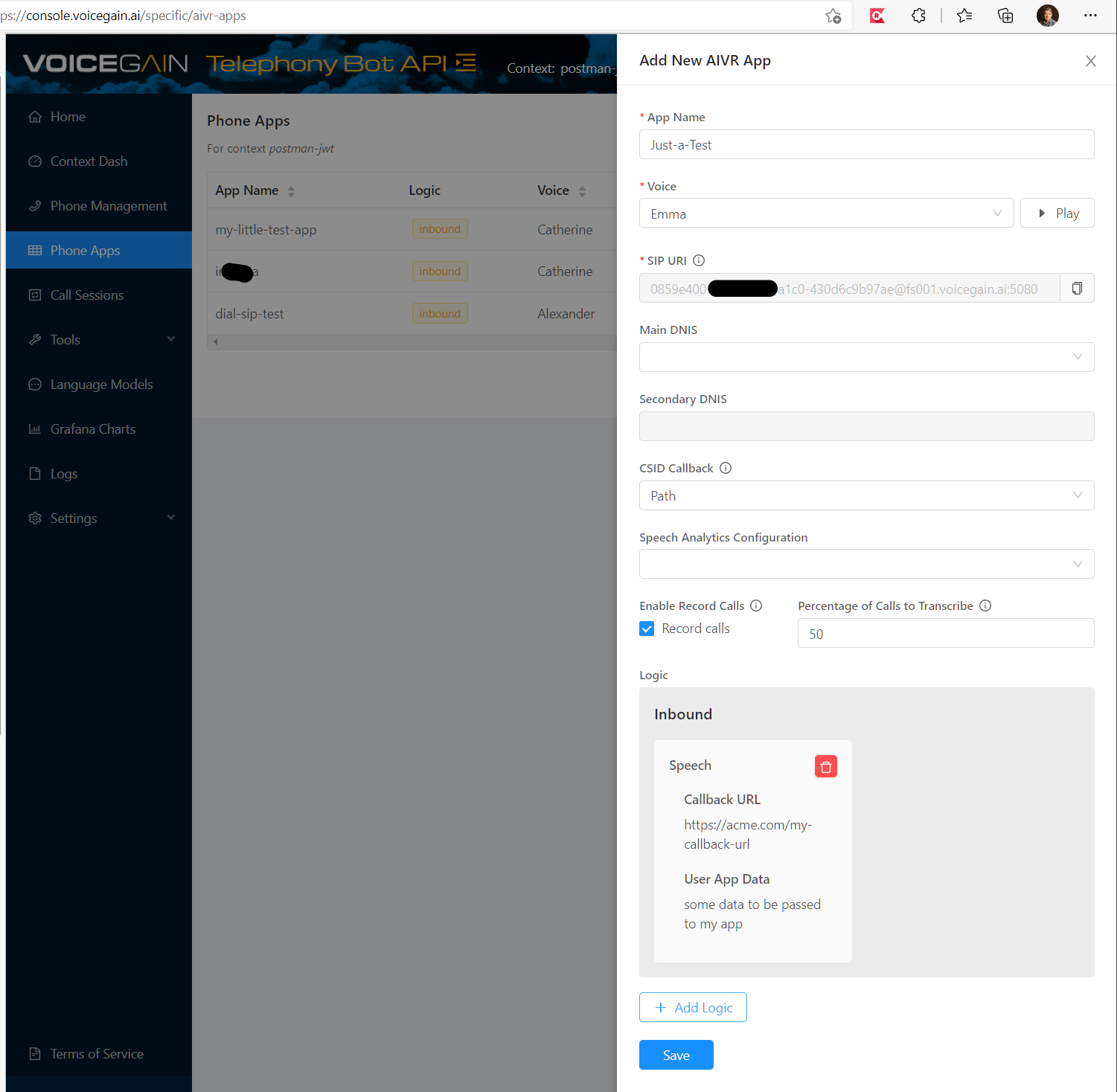 Here are the values that need to be entered:

Notice that each App comes with SIP URI that can be used to place calls to the App (Main DNIS is not required).

NOTE: In places you may notice RTC or AIVR uses as names for Telephony Bot API and App. This is old terminology and is being phased out.